In what appears to be a carefully crafted process to refine as much oil as possible, oil inventories continue to surprise. Even as there is clear evidence that gasoline use is down, oil inventories are being suck down.

Obviously the result is an every increasing price of crude while gasoline prices maintain somewhat constant. At 10:30am, the DOE will provide the data to confirm if the API numbers are in agreement.

Already crude prices are climbing again due to the enormous amount of monetary easing that is progressing. If we see large drawdowns, $105 is just a few days away. 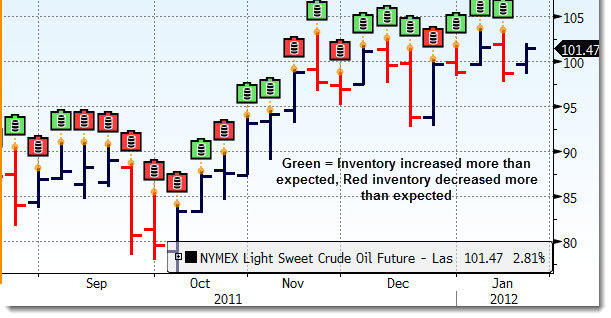